A long time back, I was playing around with Margaret Weis Productions' Demon Hunters, based on the setting created by the Dead Gentlemen, who also provided details for the game itself.  As time progresses, as time tends to do, games evolve.  The most recent version, Demon Hunters - A Comedy of Terrors takes the lessons learned from the original and improves the game.  However, since this is about Bert Ernesto and not Lost in Translation, enough about the mechanics.  Time to create!

Writing Inspirations from a Non-Writer

A couple of friends have already gone through who and what has influenced them in their writing.  Serdar Yagulalp and Steve Savage have listed what has influenced and inspired their work.  I'm going to add my two cents, which in Canadian, means nothing because we don't have pennies.

I've probably mentioned that I'm not a natural writer.  Everything linked in the side bar to the right and over at Lost in Translation isn't a mirage, but my approach might give writing teachers fits.  So, keeping with the format Serdar and Steve have, here goes!

The above list is probably not comprehensive.  I'm sure there are little things here and there that I've missed that are obvious to other.  But, these are the majors I can think of.  If you want to do something similar, drop a line with Steve Savage.  He wants to gather all these sorts of posts into one spot.

Saturday, Lost in Translation can be found at The Seventh Sanctum.

Email ThisBlogThis!Share to TwitterShare to FacebookShare to Pinterest
Labels: Writing

This is a rough Canada Day.  Not from the pandemic, though that isn't helping.  The discovery of over a thousand graves at former residential schools can't be forgotten.  Children taken away from their culture and families who never got to return.  This is a dark stain on Canada.  It's long past time for reconciliation and restitution, for with out restitution, reconciliation is just hollow words.  Let this Canada Day be the day wounds can be healed, for we can be better. 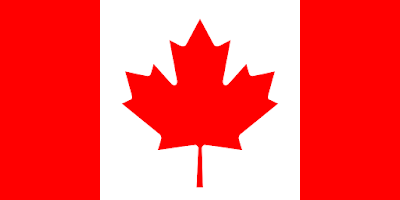 Posted by Scott Delahunt at 12:00 am No comments:

About the Chaos Beast

This blog will ramble quite a bit as I explore a variety of subjects, not limited to writing, gaming, and general interest.
Note: I've turned on moderation on older posts, to limit spammers. You can still comment on posts older than a month, but there may be a delay.
The European Union recently enacted laws that protect the privacy of visitors. I, personally, use no cookies on this site. Any and all cookies are set by Google, who should have their own notice up here, on how they collect data. I don't have AdSense active on this site but Google Analytics does examine visitor data.